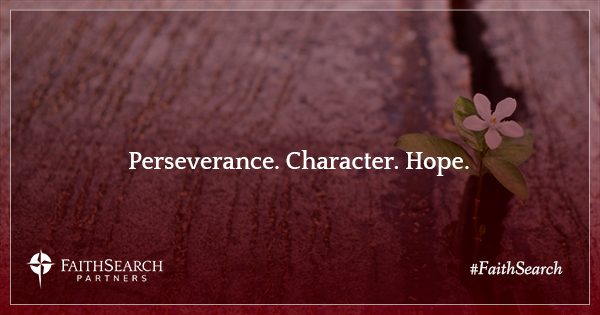 As people, how we deal with struggles defines us. The same is true for us as Christian leaders. We may learn to a degree from winning, but some growth can only be learned from hardships. Typically when talk turns to success, we only hear about the finished product. But the true telling of success is an examination of our failures and what we learned from them. Success in business, life, and faith can only be gained through the perseverance of the spirit. And through perseverance, leadership is learned, cultivated, and harnessed.

Not only so, but we also rejoice in our sufferings, because we know that suffering produces perseverance; perseverance, character; and character, hope.
–   Romans 5:3

Many of the greatest success stories throughout modern history had humble beginnings. Few were overnight successes. Most suffered through years of adversity before the seeds of success took root.

Steve Jobs was fired from Apple. The original Whole Foods Market lost all of its inventory and machinery in a flood one year after opening. Amazon started as an online bookstore in a garage. Colonel Sanders dropped out of school when he was seven and worked on a farm, as a firefighter for railroads, as a streetcar conductor, served in the army, and ran service stations before perfecting his chicken recipe and franchising his restaurant.

These are merely a few examples of the power of perseverance. But perseverance alone is only part of the equation. Rejoicing in our suffering is another portion, which takes wisdom and foresight. We can rejoice in suffering from the wisdom and knowledge that life has peaks and valleys. We can rejoice in suffering with the foresight that this too shall pass. We can focus on the future and have faith in God that all things can lead to better things.

Through perseverance, we build character: patience, gratitude, respect, and appreciation. Spiritual leaders with character have hope. Not hope in themselves, but hope and faith that God will never be defeated.

Do struggles guarantee success in business or other misguided ventures?  Certainly not.  But, if approached with humility and an open heart, growth can be achieved – intellectually, emotionally, and spiritually – which leads to greater character and hope in the future.

Leaders that inspire have had to overcome in their personal or professional lives at some point. They have had to persevere to get to where they are. Great Christian leaders have high character and hope in the Lord while providing hope for those they lead.

If you are looking for impactful leaders that will inspire your team, FaithSearch Partners is an elite executive search firm that leads executive searches, pairing the right leaders with the right organizations in the nonprofit, academic, and athletics industries.

Contact the FaithSearch team today to begin your search.