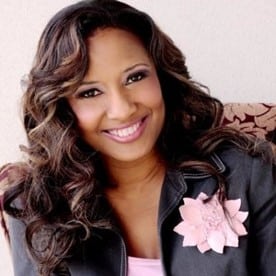 FaithSearch Partners is proud to announce that the Dallas-based childcare and early education nonprofit, Lionheart Children’s Academy, has selected Sonja Samuel as its new Vice President of Operations. In her role, Samuel will lead marketing, enrollment, and high-level management efforts for new academy launches in North Texas.

Samuel is a recognized leadership consultant and speaker who has presented to audiences nationwide on the topics of faith, empowerment, and self-worth. She has published multiple articles about parenting strategies and reaching at-risk youth. Prior to assuming her role as Vice President of Operations for Lionheart, she served as Executive Director & Chief Servant Officer for Light the Way International, an affiliate of the Women’s Non-Profit Alliance.

Stan Dobbs, CEO of Lionheart Children’s Academy, calls Samuel “a shining star in the faith, with the energy and enthusiasm Lionheart needs to reach children and parents for Christ.” Mission Enterprise Team Vice President, John Williams, adds, “Ms. Samuel will bring a wealth of talent and excellence to her new role. She is a person of high values, character, and charisma. There is no question that she will be help advance Lionheart’s mission.”

Samuel is a native of Dallas and holds a bachelor’s degree from the University of North Texas.

Lionheart Children’s Academy is a non-profit Christian organization committed to providing high-quality, affordable early care and education for infant, pre-school, and school-age children. At Lionheart, children are equipped with a strong and healthy foundation for learning through the Academy’s fun and enriching programs and holistic approach. Currently, Lionheart has 6 academy locations in the DFW metroplex. Learn more about Lionheart at www.lionheartkid.org.