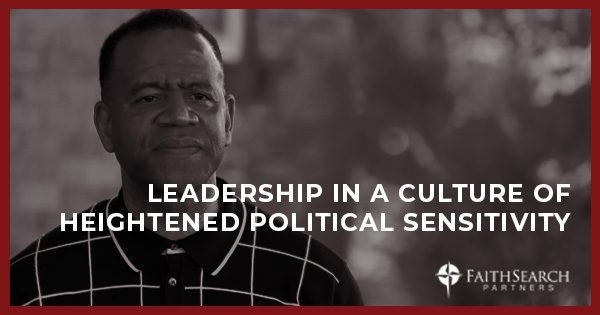 Leadership in a Culture of Heightened Political Sensitivity The Illogical Outcomes of Faith-Based Decisions

Business leaders, who are led by faith, often make illogical decisions in a political culture increasingly at odds with Godly instruction. When faced with a choice, true leaders of faith will rise to the challenge even amidst political sensitivity.

A few days ago, Dan Orlovsky, a former National Football League (NFL) quarterback and Analyst for ESPN’s sports networks, stopped a live broadcast to pray for a player whose heart stopped on the field after a severe collision. Evidenced by his introductory words, Dan knew the potential consequences of what he was about to do as an employee of a Disney-owned company. Instead of opting for a generic, unnamed moment of silence, he stated that he was praying to a God he knows personally and believes can heal in a miraculous manner. Dan made a bold decision to do what he thought was right even when his career was at stake for doing so.

Kelvin Cochran, former U.S. Fire Administration Chief and current SVP of HR and Faith Initiatives for Alliance Defending Freedom, would call Dan’s thoughtful decision to pray in that moment a choice between worldly consequences and kingdom consequences. “The risks of living out our faith are increasing. Unfortunately, we as corporate leaders are not often thinking about how our decisions will impact our children and grandchildren,” he told me in a recent interview. If anyone understands faith tension in making decisions as a leader, it is Cochran.

Seven years ago, after Cochran served a term in the federal government and during his second appointment as Atlanta’s Fire Chief, he was dismissed for writing a Bible study guidebook on personal time. As a public figure, the City of Atlanta thought his overt faith was inappropriate. They fired him. A trial ensued. He eventually won the case but found himself at a career crossroads.

We all use the cliché about hindsight. Some of us study it and add it to our base of wisdom. Cochran is an expert at evaluating the past, demonstrated by what he shared with me, “God prepared me for that moment. We were poor when I was a child. My mother raised us on faith and patriotism after my dad left us. God used my lifelong struggles to remind me that He was with me during the time in Atlanta as well.” From that difficult moment, blessings came that he did not expect, at least from a business perspective. On the surface, Cochran lost his ability to work in government or a fire department, and many of his colleagues distanced themselves during the trial.

He finds himself now in a dream job. “The courage of our convictions has always been necessary,” Cochran told me with confidence and a smile. “Leaders must sometimes be reminded that they got there because they followed their convictions. They are there because they have been faithful along the way. If you are removed from your current position, God will use your conviction to lead you to another assignment.”

Corporate leaders of faith need one another more than ever. Hopefully, these stories of faith will encourage you in a time of political stress. Remember, there are consequences to all our leadership decisions. Will we choose by faith or by something less?

Learn more about Kelvin Cochran and his incredible story here.

FaithSearch consultants bring more than 130 years of cumulative experience in faith-based executive search. If you’re looking for leaders who can make a difference for the kingdom throughout your organization – people who will have a positive impact on your people and community – reach out to us. FaithSearch excels in securing leaders for nonprofit, higher education, ministries, and faith-driven organizations.

FaithSearch Corporate, led by Senior Vice President Bryan Fowler, is for businesses that seek strong leaders of faith. We focus on service-based for-profit and secular nonprofit organizations that promote a more inclusive environment for all employees and clients.

Setting Goals with Purpose for Better Results
We are all Accountable