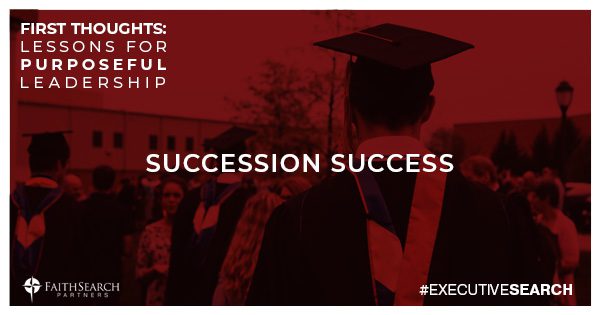 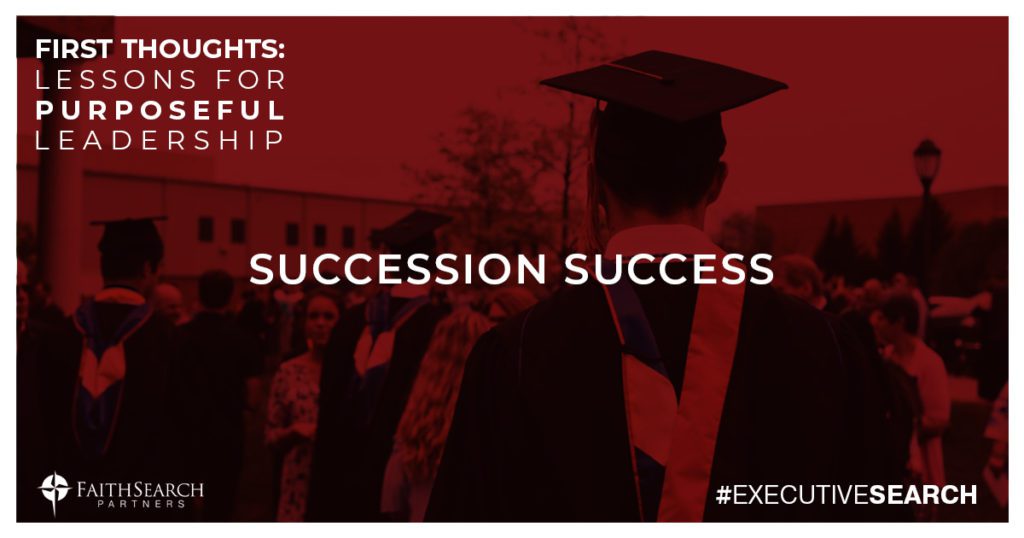 Succession planning at executive levels is a desired but rarely attained practice in most organizations, with higher education often lagging behind other sectors. Why? Leaders are sometimes concerned that broaching such subjects with boards will hasten “lame duck” status; boards are reluctant to initiate conversations about succession success when their institutions are in stable condition, and the matter is generally considered outside the scope of direct faculty involvement.

And yet, when presidents and boards fail to work toward orderly transitions, they often place their institutions on paths that lead to confusion and disarray as inevitable changes in leadership occur.

First thoughts for leaders as they contemplate succession planning:

With candor and confidentiality, presidents and board leaders have the potential to help their institutions to be in the best possible condition when a presidential search is launched. Succession planning is an important part of the process.

When your leadership succession planning reaches the phase of looking for a successor, FaithSearch consultants bring more than 130 years of cumulative search experience in faith-based executive search. If you’re in the market for new leadership that will have a lasting impact throughout your organization, on your people, and in your community, FaithSearch excels in securing leaders for higher education organizations.

Learn from Biblically Led Leaders
Be the Example