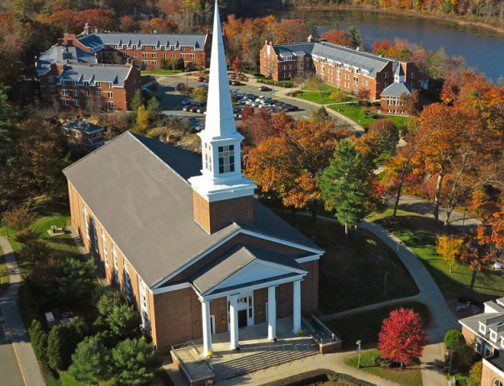 Faith-Based Nonprofit and Ministry News – May 2019

By Courtney Fry May 17, 2019 News, Mission Enterprise Articles
No Comments

Gordon College, an evangelical Christian college outside Boston, announced that it will eliminate 36 faculty and staff positions and consolidate and cut a number of majors in a budget-cutting move. Among the changes, Gordon is eliminating stand-alone majors in chemistry; French; physics; middle school and secondary education; recreation, sport and wellness; Spanish; and social work, and it is merging political science, history and philosophy into a single department.

Rick Sweeney, Gordon’s vice president for external relations, said the changes are part of Gordon’s overall plan to cut 7 percent of its operating budget over the next two years. Eleven faculty members are being laid off and two more retiring faculty will not be replaced. In addition, six staff members are being laid off and an additional 17 vacant staff positions will not be filled.

In information posted on its website about the changes, Gordon said it wants to make its education more “affordable and adaptable” and encourage completion of undergraduate programs within three years. Gordon is also expanding its graduate and online offerings through a newly created School for Graduate, Professional and Extended Studies, and said that a $10 million gift announced on Friday would be used for this purpose.

Read the full article in Inside Higher Ed HERE.

L’Arche International Founder, Jean Vanier, who helped improve conditions for the developmentally disabled in multiple countries over the past half-century, passed away on May 7th in Paris, France. Mr. Vanier was 90 years old.

Having grown up in privilege in Canada and England, Vanier first witnessed the suffering of the marginalized mentally disabled on a visit to a French asylum in the 1960’s where a friend and spiritual mentor was serving as chaplain. Out of the encounter, Vanier discovered a profound affinity with disabled people and saw them, he later wrote, as a “source of life and truth, if we welcome them…and put ourselves at their service.”

Soon after, Vanier would go on to establish the first “house” in what would become the L’Arche International network. In L’Arche communities, those with intellectual or developmental disabilities are integrated into the broader community, living and working alongside others in society not as recipients of charity but as equals. Today, L’Arche International encompasses 154 communities in 38 countries. In 2015, Mr. Vanier received the Templeton Prize, which recognizes individuals who “have made an exceptional contribution to affirming life’s spiritual dimension.” His Catholic faith remained essential to his work throughout his life.

“We are delighted to have Trace Chesser assume the role of USA Cares’ Interim President/CEO,” said Bill Roby Sr., National Board chairman of USA Cares. “Trace is a world-class executive who brings a wealth of experience and leadership during this important time for USA Cares. The members of our National Board and I are more than confident in Trace’s ability to lead our organization forward as we navigate the process of securing a permanent President/CEO.”

The 4th annual East Texas Giving Day is in the books and it was a huge success. East Texans rallied to raise more than $1.3 million in 18 hours on April 30 to support 183 local charities.

This number  represents a 73% increase in dollars raised over 2018. The number of gifts also increased 45% from nearly 2,500 gifts in 2018 to more than 3,600 gifts this year. Giving days around the country are growing in effectiveness and popularity, and with a little over $3 million contributed to East Texas charities in four years of hosting East Texas Giving Day, it appears that this type of event is another proven way for East Texans to give well.