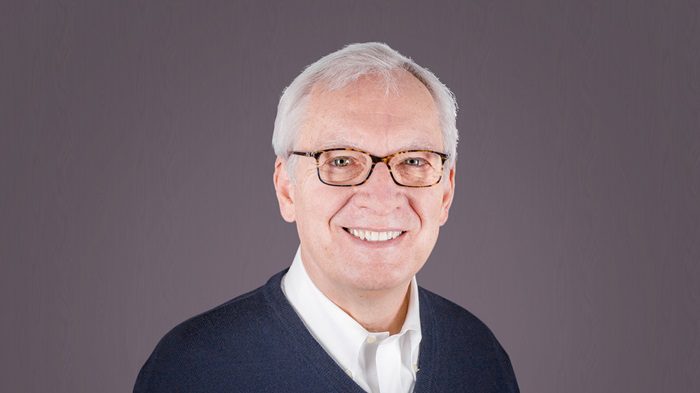 Leith Anderson’s 13-year tenure as President of the National Association of Evangelicals is coming to a close, as the leader announced his intent to retire earlier this month. Anderson has been a force for unity among the 40,000 churches and millions of believers the organization represents for over a decade.

“Leith brought (and continues to bring) essential and steady leadership in a time of great tumult in evangelicalism and in broader culture,” said Ed Stetzer, executive director of the Billy Graham Center at Wheaton College. “I am deeply thankful for his steady hand in these confusing times.”

During his time at the helm, Anderson has led efforts to engage American evangelicals around poverty relief, prison reform, and immigration, among other issues, bringing together leaders from 40 denominations and top evangelical institutions across the board around their shared convictions. “Bringing together evangelicals based on our shared faith in the Bible and Jesus is [still] my greatest joy,” Anderson said. “Some try to define evangelicals by politics. That is a big mistake. We are defined by our faith.”

Looking forward, he said, “My prayer is for evangelicals to be known for the good news of Jesus Christ. While we should engage in our culture and in the public square, it should be with biblical values of love, justice for the poor and vulnerable, evangelism, and discipleship. I pray for evangelicals to be the best representatives of Jesus, glorifying God and caring for others.”

The Board of Directors for the Coalition for the Homeless has announced the hiring of Michael Nichols to serve as Interim President/Chief Executive Officer for the organization. Nichols’ appointment to this position is key to the Coalition’s strategic planning initiative and leading the agency to be an even more visible leader in advocacy and public education on homelessness and related issues, as well as supporting those partner agencies working together as a part of The Way Home.

“We are thrilled to announce that Michael is joining the Coalition,” said Alan Watkins, Chairman of the Board with the Coalition. “The Coalition has been such a vital part of our community’s success toward solving homelessness. Expanding on our organization’s strengths and programs will be critical to reaching our goal where no one will be without permanent housing for more than 30 days. I feel certain that his skill set and leadership will increase the Coalition’s capacity as both a local and national leader on solving homelessness and move our region closer to that goal.”

Nichols has been active in numerous business and civic initiatives in Houston for over three decades. About assuming his new role with the Coalition, he commented, “I am excited to play a role in creating a community where homelessness is rare, brief, and non-repeating.”

World Vision and Panasonic Corporation have launched an Off-grid Solutions Project in Narok County, Kenya. The project will bring solar powered electricity to an area of Narok County that is not connected to the national power grid. According to the Kenya Population and Housing Census, 22.7% of households countrywide are connected to the national electricity grid. In Narok County, however, only 5.6% of households are covered. Panasonic has donated power supply stations, solar storage devices, solar lanterns and other lighting equipment at the launching ceremony held on January 31st.

Once the solar powered electricity is rolled out in the area, World Vision will support the community to run income generating activities such as poultry farming and school gardening that will be fully equipped with solar powered drip irrigation kits. They will also initiate reading camps – making use of the solar lighting system – to improve literacy competencies for both children and adults.

This Off-grid Solutions Project is one of Panasonic’s corporate social responsibility initiatives that are aimed at celebrating the centennial of the company’s founding. Learn more about the project and read the full article HERE.

SAN DIEGO, CA – After a lengthy public hearing, the San Diego County Board of Supervisors signed off on a plan to temporarily house migrants at a San Diego property.

The San Diego Rapid Response Network, a coalition of human rights, service and faith-based organizations, have offered humanitarian aid and assistance to asylum-seeking migrants for months, including members of the Central American migrant caravans that arrived in Tijuana in November. The coalition says it has helped more than 5,200 migrants since early November, but the coalition’s lease on its current location was set to run out on Feb. 15, prompting the board’s vote.

The board approved a lease agreement with Jewish Family Service of San Diego for the property, an unused courthouse slated to be demolished. Many in the meeting hall gallery applauded the board’s decision, which Chairwoman Dianne Jacob described as “the right thing to do.”

Before the vote, numerous people, many of them activists, urged the board to approve the temporary shelter.

Johanna Afshani, a Solana Beach resident and attorney, said she believes it’s her moral responsibility to open her heart to refugees. “I am simply here to give a voice to the voiceless,” Afshani said. “I don’t want my kids 20 years from now asking me, ‘Why didn’t you help these children?'”

Jewish Family Service will pay for all ongoing operation and maintenance costs, according to the county.

Rabbi Who Rallied Evangelical Support for Israel Dies at 67

Evangelicals have lost a major partner and friend from the Jewish community, Rabbi Yechiel Eckstein, who died suddenly at his home in Jerusalem on February 6th. He was 67.

Inspired by God’s promise in Genesis 12:3 to bless those who bless Israel, Eckstein’s International Fellowship of Christians and Jews (IFCJ) worked for decades to improve relationships between the two faiths and raise more than $1.4 billion for projects in the Holy Land, mostly from evangelical donors.

“His impact on the state of Israel and on bringing Jews and Christians together will be felt for generations,” said John Hagee, founder of Christians United for Israel, in a statement to The Times of Israel. “I pray God brings comfort to the Rabbi’s family during this very difficult time, and I know that his memory will be a blessing to us all.”

The late philanthropist was slated to be honored by the US Congress this May for Jewish American Heritage Month, for his work bringing together Christians and Jews.

Faith leaders from around DFW met on February 19th for the annual “Heal the Nation” prayer breakfast in Dallas.

Texas Congresswoman Eddie Bernice Johnson helped organize the 2019 breakfast, as she has done every year since her days as a Texas senator. Johnson invited several Christian, Jewish, Muslim, and Buddhist leaders from North Texas to attend and deliver remarks.

“I truly believe the real leadership in our communities begins in our churches,” said Johnson. “But I’m not sure that we even take the time to listen to each other enough … It does have to come through communication — the mixing of cultures, mixing of people, so that everyone can get to know each other.”