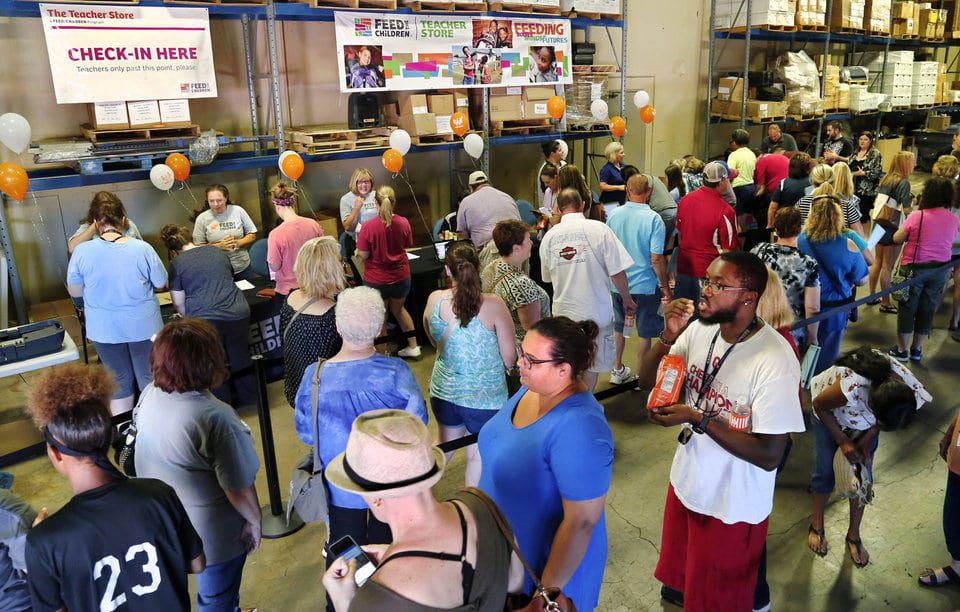 With a new school year mere days away, students aren’t the only ones rushing to get items on their supply lists. The Feed the Children Teacher store in Oklahoma City is pitching in to help with a new store, where all the customers who qualify are teachers, and all the items are free. For teachers who typically foot the bill for necessary supplies out of their own pockets, this is a huge gift. “I’m a first-year teacher, and this gives me a lot of supplies I don’t have to pay for, and it helps supply my students with what they want and need to make them more successful,” said Ardmore Teacher Amber Kennedy. Read more about how Feed the Children is helping qualifying school districts gear up for the new year HERE.

Andrew Brunson, an American Pastor who has lived in Turkey for 23 years, was detained in October 2016 and has been on trial for terrorism and spying charges in the two years since. Brunson faces up to 35 years in prison if found guilty, but a decision by Turkey in late July to allow him to leave prison and be placed under house arrest represents hope for his family and supporters. Brunson’s daughter, Jacqueline Funari, told Christianity Today, ““I cannot tell you how proud I am of my father and what an example of Christ’s love he continues to be to the world as he is wrongly imprisoned for his faith.” Brunson has completely denied all the charges, calling them “shameful and disgusting;” speaking of the Turkish witnesses who testified against him, he said, “My faith teaches me to forgive, so I forgive them.” Brunson’s lawyers and US diplomats are still working toward his release. Read the full article HERE.

When the closure of the area’s only grocery store providing fresh produce, meat, and dairy rendered one Cincinnati neighborhood a food desert, residents rolled up their sleeves to find a community-driven solution. Thus, the idea for Apple Street Market, a worker-owned grocery cooperative, was born. Apple Street Market will fill the fresh food gap and afford individuals like Diane Hurse, a 33-year resident of Cincinnati who had to take three buses to get to a grocery store before she bought a car, a higher level of food security. Before the market becomes reality though, 2,000 owners must commit to buying shares to get it off the ground – a daunting challenge for a community where 54 percent of residents live at less than 130 percent of the poverty line. Local churches and other faith-based organizations are pitching in and mobilizing support, though. Read more about the initiative HERE.

One year ago this month, a protest by hate groups turned deadly in Charlottesville, Virginia. The tragic event sparked a counter-wave of black history preservation efforts, and last month the African American Cultural Heritage Action Fund, which arose post-Charlottesville, awarded $1.1 million to preserve and support 16 historical sites dedicated to sharing stories of African American activism and achievement, reports Fast Company. It’s the first distribution of an ongoing $25 million fundraising effort by the National Trust for Historic Preservation and, for many, is an omen of true progress. “The Action Fund was born in the wake of the aftermath of Charlottesville last summer when culture, heritage and public spaces collided,” says fund director Brent Leggs. “We wanted to build a social impact community to create a shared vision to tell the full history of our nation.” Read more about proposed uses for the Fund HERE.