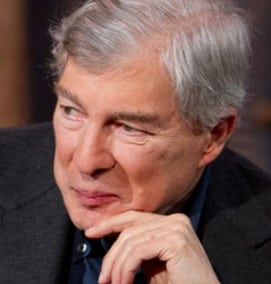 FaithSearch Partners joins the many ministries and individuals nationwide who have been impacted by Bob Buford’s work in remembering his life and Kingdom legacy. Buford, who has been called a “leader’s leader,” passed away on April 18th at the age of 78. Buford helped inspire and craft the business plan for Halftime Talent Solutions, now FSP’s Mission Enterprise Division. Christianity Today cites Buford’s life-long commitment to serving fellow Christians in ministry and how he was known for asking, “What can we do to be more useful to you?” Matt Chandler, Senior Pastor of the Village Church in Flower Mound, Texas characterizes Buford’s behind-the-scenes efforts as “quiet and ferocious,” as he built a legacy that extends to some of the most prominent figures, organizations, and megachurches in American Christianity today. Hear more tributes to Buford from other Christian leaders HERE.

Tammie Jo Shults—the pilot who guided Flight 1380 to the ground April 17 after a midflight engine failure shot debris through a window—is a recognizable figure at the First Baptist Church in Boerne, Texas and an example of Christian witness in her community. Christianity Today reports, Shults, who achieved notoriety in the early 1990’s for becoming one of the first female fighter pilots in the US military, makes it her “biggest goal” to share her faith with others. Multiple media reports have cited a blog post in which Shults stated that being a pilot gave her “the opportunity to witness for Christ on almost every flight.” Mike Mantooth, Executive Pastor of Ministries and Missions at First Baptist, told the Baptist Press that Tammie Jo “has gained a national platform to give witness to her faith in Christ, [and] we are proud of her as her church family. She is being hailed as a national hero, and we are celebrating what God has done through her.”

“See the world through the eyes of the Creator,” was Pope Francis’ call at the end of his general audience in St. Peter’s Square on Wednesday, April 18th in anticipation of Earth Day. Earth Day observance, which has expanded to 192 nations since the day was established in Wisconsin in 1970, has become increasingly significant to people of faith, with more and more churches and faith-based organizations observing it year over year. The National Catholic Reporter cites the Pope’s reminder to all that “the earth is an environment to be safeguarded, a garden to be cultivated.” His remarks reflect the growing conviction among Christians that sound environmental stewardship is inextricable from worship.

Hobby Lobby Chairman Says “Everyone Has a Legacy”

Mart Green, the 57-year-old board chairman of arts and crafts retailer Hobby Lobby, is set to speak at the company’s upcoming annual prayer breakfast in Chattanooga, Tennessee. His chosen message? How everyone leaves a legacy “that outlives us,” said the married father of four children and seven grandchildren. Green is the son of Hobby Lobby founders David and Barbara Green, who began the business out of their home in 1972. The tradition to host a prayer breakfast began in 1978, when Charles Colson addressed a crowd of a few hundred guests; in recent years the event has seen attendance of nearly 2,000. Speaking to the Times Free Press, Green said that finding a live-work balance is one reason his father started the enterprise, and it’s still a key factor in the business. “Our stores are closed on Sundays and other days at 8 p.m.,” he said. “Employees can attend church.” Read more about Hobby Lobby’s Christian ethos HERE.