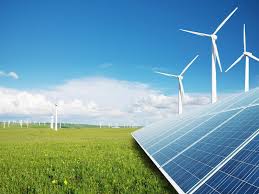 “In keeping with its mission to help people live well, Advocate Aurora Health announced today a commitment to power its health care operations with 100 percent renewable electricity by 2030.” The health system is the first in Illinois to publicly announce such a goal. According to the press release, if successful, the reduction of annual carbon dioxide emissions will be equivalent to removing over 84,000 passenger cars from the road.

“Baptist Health Care has been named to the Becker’s Healthcare 100 hospitals and health systems with great orthopedic programs list for 2018. Hospitals featured on the list earned recognition for quality of care and patient satisfaction for orthopedic and spine surgery.”

Bronson Methodist Hospital in Kalamazoo, Michigan has added a micro-grocery store on the first floor of the Medical Office Pavilion, according to a report by MLive Media Group. “Promoting a healthy workplace is something we prioritize here at Bronson,” Grant Fletcher, Bronson’s director of healthy living and sustainability said. “Bronson Market is designed to make it easier and more convenient to buy fresh, healthy food to eat now or take home and prepare.

Louisville, Kentucky-based Jewish Hospital celebrated a milestone in 2018, having performed more than 100 life-saving kidney transplants.  According to WHAS11, eighteen of the transplants were attributed to living donors, which offer benefits including better outcomes for the recipient.