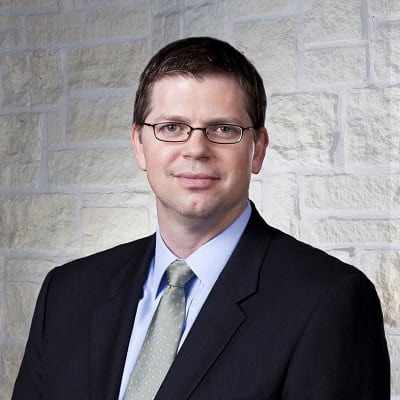 Douglas Duffield joined Faith Search Partners with 25 years of health care and technology leadership experience. Most recently Doug was the Market President & CEO for Adventist Health in Kern County where he transformed the market from a single acute hospital to a comprehensive delivery system with physician network, outpatient centers, multiple hospitals, and post acute partnerships. He led Adventist Health Bakersfield’s quality focus that yielded awards for being in the top five percent of hospitals nationwide from Healthgrades, US News & World Report, and an “A” grade from Leapfrog. In recognition of his leadership, Doug received the Medallion of Honor for Exemplary Service from Kaiser Permanente in 2016 for creating a “One KP” experience for members, improving quality of care, and raising staff and physician engagement. He also served as CEO of Florida Hospital Zephyrhills and as Vice President of Adventist Health Sonora. Prior to his experience in healthcare, Doug spent a decade and a half working with Fortune 500 technology companies Intel Corporation, Sun Microsystems, Philips Electronics and Microsoft Corporation.

Doug has served on the boards of numerous organizations and hospitals including California Hospital Association, Pasco Economic Development Commission, Bakersfield Economic Development Corporation, Florida Hospital North Pinellas and East Pasco Adventist Academy, and was president of his Rotary club in Sonora, California. Doug has a heart for international mission and served Syrian and Afghani refugees at the Oinofyta camp near Athens Greece, responded to the major 2010 earthquake in Haiti, and spent a year in Lesotho at the small outpost Maluti Hospital.