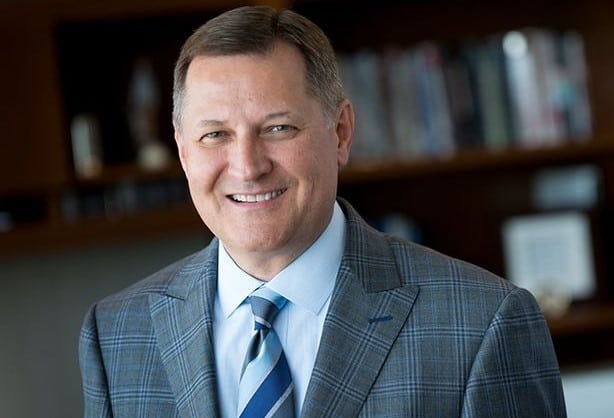 Eric Larsen, Managing Partner at Advisory Board, and Brad Rose, Managing Principal, recently interviewed Adventist Health System CEO Terry Shaw. In the interview, Shaw discusses “Adventist’s approach to spiritual care, why he thinks about growth ‘like a farmer,’ and how he plans to turn AHS into a $20 billion system.” Read the entire interview on the Advisory Board website HERE.

“Adventist Health—a faith-based, nonprofit integrated health system serving more than 75 communities in California, Oregon and Hawaii— today [February 14] announced the planned retirement of its senior vice president and chief financial officer (CFO), Jack Wagner, after four years of service to the company. Joe Reppert, a recent internal hire will succeed Mr. Wagner as CFO,” GlobeNewswire reports. “Wagner joined Adventist Health as CFO in 2014 and has played an instrumental role in the health system’s growth and development. Wagner’s final day with the organization will be March 2, 2018. Reppert, who started this February, will be responsible for articulating and ensuring the healthcare organization’s financial leadership to leverage its goals into the communities it serves.”

“A new, innovative deep brain stimulation (DBS) system, called Vercise, was successfully implanted in an 81-year-old patient with Parkinson’s Disease at Loma Linda University Health, the first such procedure in Southern California and the fourth in the nation to utilize the DBS device to treat Parkinson’s,” announced Loma Linda University Health. “The procedure involves the implant of a thin wire — called a lead — into the patient’s targeted brain region. In this particular case, the patient received electrodes on each side of the brain, including the battery. Electrical stimulation is delivered via the lead, which helps control abnormal brain activity that causes tremors, stiffness or slow movement.”

“The American College of Cardiology (ACC) has recognized Adventist HealthCare Shady Grove Medical Center for its demonstrated expertise and commitment in treating patients who come to the hospital’s cardiac catheterization lab for care,” announced Adventist HealthCare. “Shady Grove earned Cardiac Cath Lab Accreditation with PCI in January based on a rigorous onsite study of the staff’s ability to evaluate, diagnose and treat patients. Shady Grove is the only hospital in the Northeast and one of only two hospitals in the U.S. to hold this accreditation.”

“The largest Catholic health system in the U.S. has signed a definitive agreement with one of the largest Catholic health systems in Illinois, the organizations announced Thursday [February 15], signaling that they expect to finalize the transaction soon,” according to HealthLeaders Media. “In a statement, [CEO Michael] Englehart described joining the Ascension family as ‘a natural evolution’ for Presence Health, given their shared sense of values and mission. Presence Health’s 10 remaining hospitals are set to become a part of AMITA Health, a nine-hospital system in suburban Chicago formed in 2015 as a partnership between Ascension’s Alexian Brothers Health System, based in Arlington Heights, Ill., and Adventist Health System, based in Hinsdale, Ill., more than doubling the integrated health system’s hospital count.”