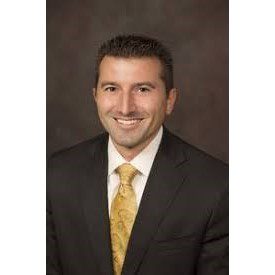 There doesn’t seem to be enough hours in the day for healthcare executives to address the diverse set of organizational goals they are tasked with accomplishing. However, successful leaders generally have daily routines to help them achieve their goals. Andrew Jahn, President of Adventist Health’s Southern California region shared some insight to his habits, style and methods when he spoke with Becker’s Hospital Review.

Using the Mazor X Stealth Edition Robotic Guidance Platform to improve accuracy during minimally invasive spinal surgery, AdventHealth Altamonte Springs is the first to embrace the technology in the state of Florida. As reported in the Ortho Spine News, Dr. Chetan Patel, orthopedic surgeon and spine specialist at AdventHealth Altamonte Springs and his surgical team successfully performed their first procedure with the Mazor X Stealth Edition in March.

Adventist Health’s Feather River Cancer Center was among the 18,700 structures that were destroyed in last November’s Camp Fire. According to the Sacramento Business Journal, cancer patients have had to travel nearly an hour to another location for their chemotherapy treatments.  Adventist Health and UC Davis have partnered to open a small cancer center in Chico and will co-manage the site.

For the third year in a row, Kettering Health Network has been named one of the Best Workplaces in Health Care & Biopharma in the US. As reported on Fox45Now, the list is compiled by Great Place to Work and Fortune and takes into account feedback from employees.

During a press conference in Colorado Springs, it was announced that St. Mary-Corwin Medical Center and fellow Centura Health hospital Penrose St. Francis Health Services are now certified members of the MD Anderson Cancer Network. As reported by The Pueblo Chieftan, besides the Colorado physicians being able to participate in video conferences, and tumor boards, with MD Anderson oncologists, the local doctors will be able to engage in consultative peer-to-peer second opinions, as well as other collaborative opportunities within the network.

AdventHealth Fish Memorial has earned the CNOR Strong designation from the Competency & Credentialing Institute (CCI). As reported by The West Volusia Beacon, the CNOR (Certified Nurse Operating Room) credential is an objective, measurable way to demonstrate that a nurse has achieved excellence in the specialized field of Perioperative Nursing. In order to receive the designation, at least 50 percent of the nursing staff in the operating room must have earned their CNOR certification.