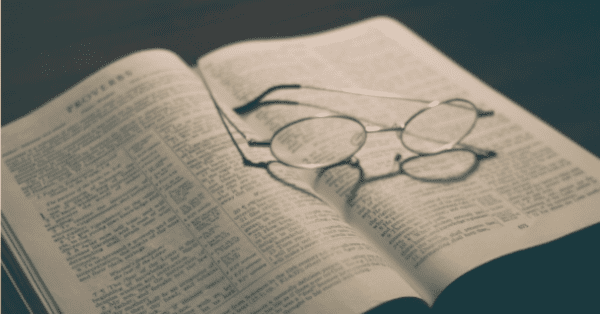 6 Executive Leadership Principles from the Gospel of Mark 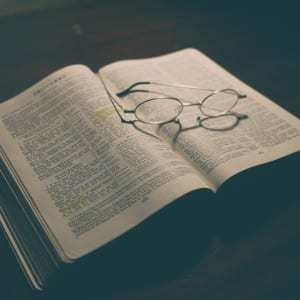 Faith-based organizations are called to stand out — to be different than the other organizations in their industry. Leaders of those faith-based organizations should also live differently, in accordance with Christ rather than the world, and part of that is accessing and understanding what the Bible says about leadership. There are many verses and stories about biblical leadership in God’s Word, but when the search is narrowed and we dig deeper, we can see that there are several principles in the book of Mark alone that can be applied to the day-to-day decisions leadership must make and help them lead well. This article outlines six of many principles a strong leader can glean from the Gospel of Mark.

1. Reputation in the community matters.

Jesus withdrew with his disciples to the sea, and a great crowd followed, from Galilee and Judea and Jerusalem and Idumea and from beyond the Jordan and from around Tyre and Sidon. When the great crowd heard all that he was doing, they came to him.

While this principle does not mean we prioritize gaining prominence in the eyes of man above pleasing God, it does direct us to conduct ourselves in such a way that others may know who we represent and be drawn to Him. Word-of-mouth is the most powerful marketing tool, and what people understand about who we are will be passed along to others again and again.

Christ’s preaching and works were so radically different from the culture and so impactful on the lives around him that word quickly spread about Him throughout the regions in which He traveled. Others were drawn to Him because of His reputation in the community, and as faith-based organizations, we can apply this principle to our own day-to-day operations. Performing our job with excellence as to the Lord and communicating our mission clearly will cultivate a reputation that both reflects Christ and ultimately draws people to Him.

On that day, when evening had come, he said to them, “Let us go across to the other side.” And leaving the crowd, they took him with them in the boat, just as he was. And other boats were with him. And a great windstorm arose, and the waves were breaking into the boat, so that the boat was already filling. But he was in the stern, asleep on the cushion. And they woke him and said to him, “Teacher, do you not care that we are perishing?” And he awoke and rebuked the wind and said to the sea, “Peace! Be still!” And the wind ceased, and there was a great calm.

Jesus’ demeanor in the midst of a chaotic storm can be mirrored in a faith-based organization’s leadership. Despite the tossing and turning of the ship and the rising waters, Jesus remained calm. Of course, in Mark, the Lord is capable of commanding the sea to be still, but the principle remains. Keeping a clear mind and a calm heart is crucial to dealing with crises successfully, particularly when others are looking to you for guidance.

Additionally, we, like the disciples, can learn from this passage to trust the Lord and His sovereignty within these storms and gain peace and discernment from His Spirit’s leadership.

And he called the twelve and began to send them out two by two, and gave them authority over the unclean spirits.

Jesus not only performed miracles and served others Himself, but gave his followers authority over certain directives, allowing them to be His hands and feet in the community. Though Jesus did not delegate out of a lack of margin or ability to do it all Himself, the principle can be applied to leadership in that entrusting others to carry out different aspects of a project or mission both strengthens a team and gives others agency in the process. And, unlike Jesus, we are not able to do everything on our own. Allowing others to step in teaches us to not only let others be a part of the initiative, but also keep balance in our own lives.

4. Handling Conflict on Your Team

And they came to Capernaum. And when he was in the house he asked them, “What were you discussing on the way?” But they kept silent, for on the way they had argued with one another about who was the greatest. And he sat down and called the twelve. And he said to them, “If anyone would be first, he must be last of all and servant of all.

When Jesus’ disciples were quarreling, He set an example for us concerning how to deal with conflict within a team we lead. First, He addressed the situation quickly and directly. Second, He began with a question rather than accusing one person or the other of anything specific — though He already knew the answer. Finally, He reminded them of the importance of a leader having a servant’s heart and putting others before himself.

From this, we can take away several characteristics of handling conflict effectively and biblically. As believers, leaders should engage sooner rather than later, to avoid festering bitterness and discontent. We should also seek to discover the root of the problem without assuming or accusing individuals of specific misdeeds. Finally, leaders should also remind our team of biblical principles and the qualities we seek to embody as followers of Christ. The path to finding common ground and solving the issue becomes much clearer when we look to Jesus for inspiration.

And Jesus, looking at him, loved him, and said to him, “You lack one thing: go, sell all that you have and give to the poor, and you will have treasure in heaven; and come, follow me.

Jesus didn’t do anything halfway, and He calls us to live in the same way when it comes to following Him. As believers, we are to commit our entire selves to serving Him, including the work we do on a day-to-day basis. For faith-based organizations, this is especially true.

Leaders are to be totally committed to the mission at hand, whatever that may be. If the leadership has one foot in the door and one foot out, team members will be able to sense it, and it will not only affect the organization’s enthusiasm, but its effectiveness. Leaders can help shape a mission they are passionate about, and then be “all-in” when it comes to making it a reality.

And Jesus answered them, “Have faith in God. Truly, I say to you, whoever says to this mountain, ‘Be taken up and thrown into the sea,’ and does not doubt in his heart, but believes that what he says will come to pass, it will be done for him. Therefore I tell you, whatever you ask in prayer, believe that you have received it, and it will be yours.

Jesus challenges us in Mark 11 to believe God for big things — to have faith that God is not only able to do those big things, but that He will do them for those who trust in Him. For leaders, this is particularly important. A leader’s state of mind affects the entire organization, and if the leadership doesn’t believe God will use the organization in major ways to further His kingdom, neither will anyone else.